A new initiative by Headlines Today that promises you the chance to get heard.

New Delhi January 24th, 2013 – Headlines Today India’s fastest growing English News Channel of the country has introduced a nationwide new campaign “Right to Be Heard”. Under this campaign Headlines Today will give the activist in every Indian a Platform to speak & the channel will ensure that it is heard. The website www.righttobeheard.in has an option where people can upload their videos, comments & issues they want to raise. There is also a hot line number for the same where they can call and record their message & Headlines Today team will get in touch with them to highlight & resolve their issues.


Headlines Today has always given top priority to its audience and has always delivered to its promise of “You Matter” by covering stories of nation’s importance such as the Protest Against Corruption, Protest in Mumbai over Assam Riots, Ex-Air Hostess Geetika Sharma’s Suicide case, northern & Eastern Power Grids failure, etc that matters the most to the nation.

In a category where most players talk about speed of news reporting and where increasingly news personalities are becoming opinionated; this campaign is a bold and refreshing take that puts the viewer at the center of the story and empathizes with him.

The channel has started two new shows in sync with this campaign – The Right to be heard show & RTH Town hall show. The Right to be Heard show will raise & highlight the problems raised by the people of the country and which will then be investigated by the Headlines Today editorial team. It covers stories such as “Save River Yamuna”, “Increasing Noise pollution in the urban India”, “Right to Education to every India” & “Garbage issues in Bangalore”. The RTH Town Hall show is a weekly talk show that provides a platform for the public to debate the issues that concern them the most with the people in authority are to answer all their concerns. The channel will be undertaking 360 degree marketing campaign including OOH, TV, Print & Digital.

Commenting on the initiative, Mr. Ashish Bagga, CEO, India Today Group said, “With this initiative we are aiming to reach out to the growth aspiring Indian, who after his tireless efforts over many years is still helpless & ignored by the authorities in the system. We would support the campaign with extensive editorial coverage with special stories and shows to encourage viewers to come out and voice their concerns.

Vivek Malhotra, Vice president Marketing, Strategic Planning & Research – TV Today Network had this to add – “At Headlines Today, we firmly believe that news reporting has a larger role than merely providing people with facts and information. What we do has the power to transform a society; to change people’s lives. Look at what’s happening around us – people have become more self-aware and are voicing their displeasure. In a country where traditionally we have been a ‘voiceless’ population that has to ‘make do’ with whatever is decided by the agents in power, but today things are changing – and people are ensuring their voices are being heard. Our new campaign whole-heartedly endorses this healthy attitude and urges people that voicing out their concerns and problems to the authorities is their right to be heard”.

The TVC of the campaign follows a politician, a symbolic representative of a person in power but far removed from the common man of today, who ignores a woman on the street who is trying to talk to him but then can’t seem to get away from the voice of the woman – the voice of a common man (in this case the woman) demands justice.

Samarjit Choudhry, Executive Director, Blackpencil India that conceived this creative said–“We pride ourselves on being the world’s largest democracy – where each citizen has certain fundamental rights as laid out in the Constitution (including the right to speech). Juxtapose this with one of the biggest grouses we all have against the establishment – that no one listens to us. What emerged was this – shouldn’t the ‘Right to be Heard’ also be as fundamental as every other right that we have as Indian citizens? That was the genesis of the campaign. If Headlines Today could stand for something through which people could exercise their right to be heard, our campaign would have done its job. The beauty of this TVC is in the story-telling. It is a stark and haunting reminder to the people in power that they can’t brush away people’s voices under the carpet anymore” 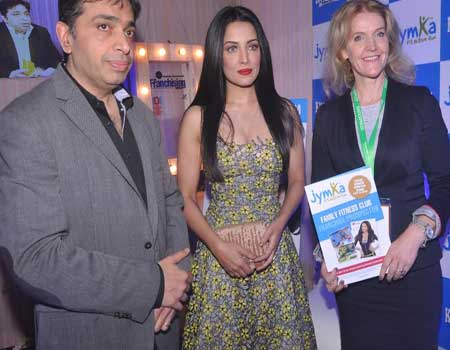 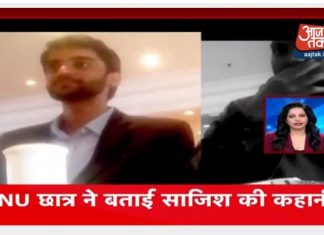